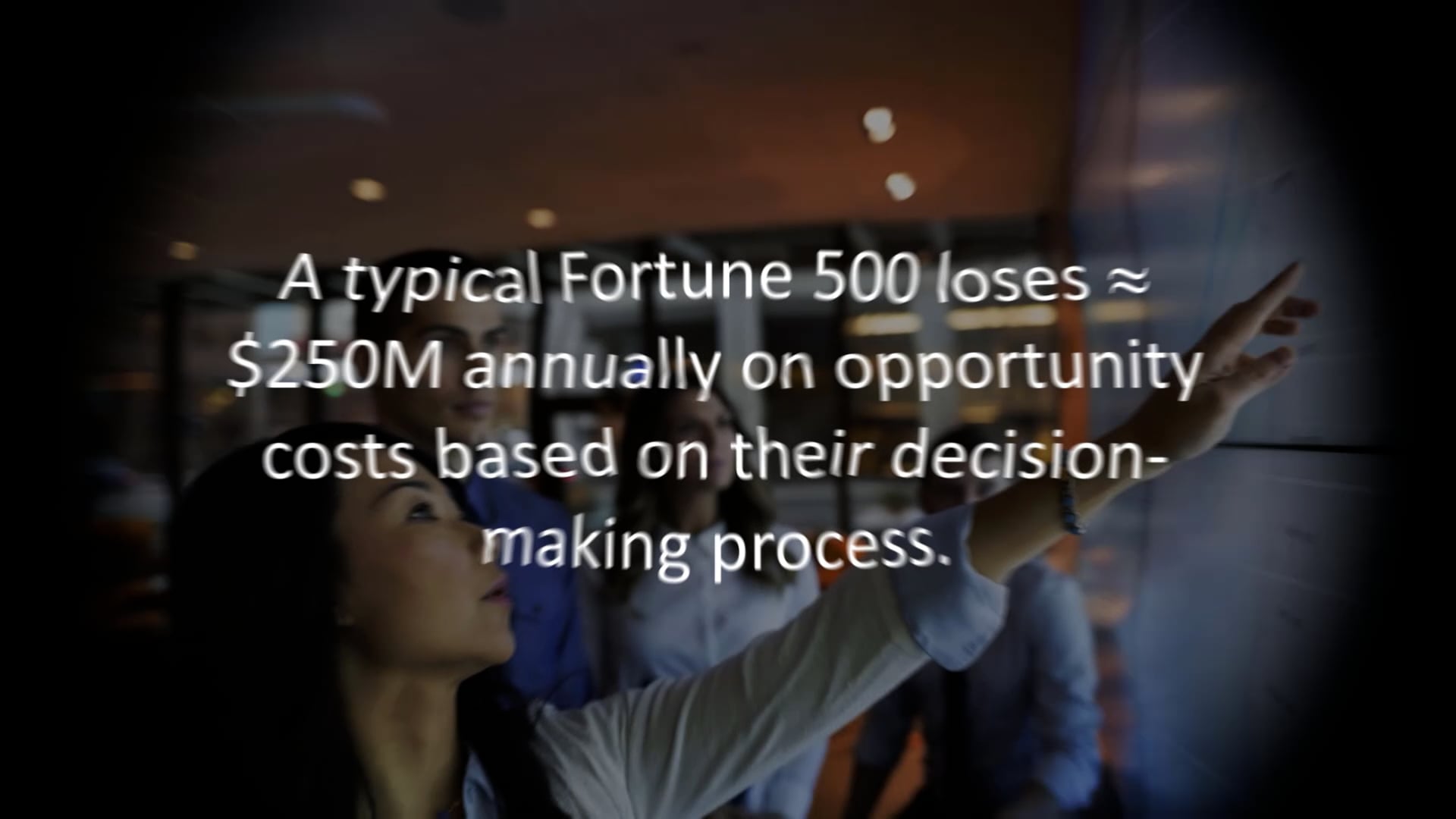 4) Biggest whiner gets it by default

5) Leave it to chance

And then there is the infamous decision-making process(DMP): “My boss already made the decision for me. I’m just going through the steps to say we had input from the team.” This type of DMP leads to poor outcomes. How often does this infamous DMP occur? It depends on many factors, from the type of company, the size, its' culture, to the amount of time to decide. On top of the infamous decision-making process, there is also the leader’s lack of emotional intelligence (EI). Unless we’re diagnosed as unable to feel, emotions play a role in our DMP. And if the leader does have a strong EI, the leader may then lack the ability to quantify the emotions to help with the DMP. As a result, this inability yields poor outcomes.

1) Ensure to incorporate all stakeholders

3) Validate and verify the requirements

5) Quantify and qualify the results

To avoid bad decisions, use a repeatable, reliable, and consistent process. You can use it for all your difficult decisions and get better outcomes. Also, ensure that the process considers the emotions of your team and you. Focus the emotions on the requirements, and not on the individual team members. That is, not how one person may feel about another in the team. Instead, base the emotions on items such as the vendor, salesperson, or user experience (UX). This is because being able to quantify one’s emotions is a way to show empathy. Some may find this feeling hard to convey. But, If you can quantify empathy, the team will feel better. It shows them that their emotions were part of the decision-making process. In the end, you’ll have better outcomes overall.

Why Learn "How to Make Better Decisions"

The Price We Pay

The decisions we make in business can affect the company’s outcome for a long time. If some not-so-good decisions are made, chances are the company will experience higher costs either through paying more for a service, facility, land, acquisition, and such. For instance:

There is also the cost associated with time, where management takes much longer than needed to make a decision, or does not make a decision until far later such that the costs of goods and service have escalated. For example:

Set aside costs for a moment, and consider the company’s trust, reputation, reliability, and service. These accolades are predicated by many things, including making good decisions. If we make poor ones, those tributes could be offset by skepticism, discredit, failures, and turmoil. Instead of being famous, the company becomes infamous.

So, if we don’t understand the decision-making process, and how to make more effective decisions and be efficient at the same time, we can be assured that costs will not be the only thing that negatively affects us.

What Can You Do?

Want to learn more? Reach out to us today for a free consultation.

I can show you how to reduce your struggle in your decision-making process when you make important and strategic decisions. I will teach you how to improve your efficiency and effectiveness of the decisions you make.

When might be the best time for you to concentrate? For most it’s just after the start of your day according to researchers. That may be in late morning for some, and others late in the afternoon or evening. There you’ll find your greatest success because of your body’s natural rhythms and lower decision fatigue (you just started your day and you haven’t made many decisions and your mind is still clear).

Check out these articles to learn more about concentrating. You'll find what works best for you.

Sign up to hear more about news, business consulting, seminars, and events, including the RELEASE OF "Good Decisions, Better Outcomes", which is designed to help you with your decision-making process for improved choices.